The Spider is the proprietor, pimp, and manager of 'The Red Rat', Nasty, seedy and weaselly could describe The Spider. Like his name he traps his victims in his Sin'ister web; Both the girls he uses to “service” his establishment (and “service” himself as well) and those he likely blackmails after finding them using the very service he supplies. He is given to violence and will make a point with his fists rather than words. Wily but not particularly clever, apart from in the sense of working out the next scam.

In a 1996 draft version of the 1997 Broadway script Spider is described as being of Levantine complexion.

The character of The Spider was not originally a part of the show. He was added to it in 1995 during the First National Tour, formed out of the darker aspects of the character Simon Stride.

In the original versions of the show (1986 workshop through to the 1994 Gothic Musical Thriller Album), Stride was revealed to be the proprietor of The Dregs (later known as The Red Rat, or Spider's Web) where Lucy Harris is the main attraction.

The most easily, currently available, way to verify this is to listen to the final track on the 1994 album where Hyde says "And what would you have done with her Stride? Put her in one of your Camden Town whore houses and rented her out for a shilling at a time!"

In rehearsals for the 1995 tour it was decided to separate that side of Simon Stride into a different character known as The Spider. 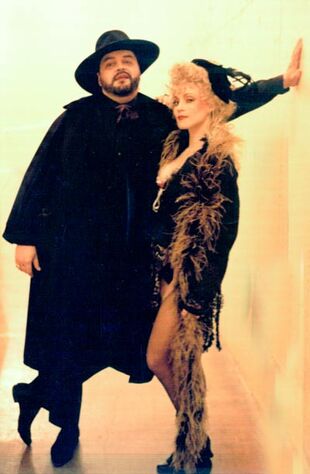 Simon Stride with Nellie in the 1990 Alley Theatre production 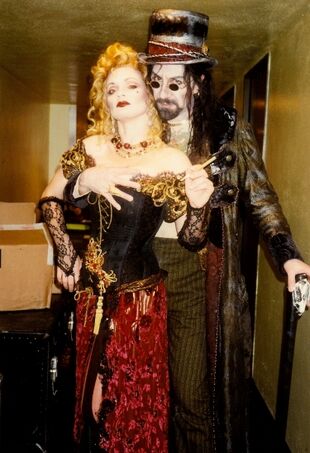 Notable Actors Who Have Played This Role[edit | edit source]

Retrieved from "https://jekyllmusical.fandom.com/wiki/Spider?oldid=4745"
Community content is available under CC-BY-SA unless otherwise noted.